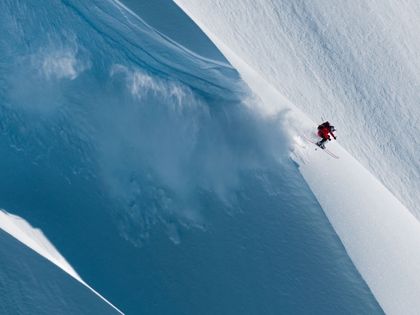 The Sheridan Arts Foundation, Jagged Edge and Mountain Trip present Nexus on Tuesday, December 6 at 5:30 & 8:30 p.m. with doors 30 minutes prior. Tickets are general admission and $15 with a special $10 ticket price for kids 18 & under for the 5:30 p.m. show only! Jagged Edge and Mountain Trip will host giveaways at both screenings; Salomon-sponsored athlete and local Maddie Crowell will raffle off a pair of Salomon skis at the 8:30 p.m. screening as a part of the short Stepping Out.

After a full day of filming, our crew touched down at the Chugach Powder Guides hangar in Girdwood, Alaska. For the first time in Michelle Parker’s 19-year career, she rode in a helicopter of only women. With each segment, we heard the same feedback from athletes. “It’s special to be out here with so many women.” For many of us, this was the first experience of its kind. Nexus is produced and directed by women. The overwhelming majority of cinematographers, photographers and editors working on Nexus are female. Who better to tell women’s stories than female creatives?
Three women set out to ski in the Alaska range for their first time.
Serving as their own guides they were excited to arrive on the glacier
and were quickly humbled by the complex structure of the terrain. In a
new setting, they reimagine what success looks like beyond the
familiar expectations of adventure athletes. The mission? Thrive in
new roles and progress as a team to test their limits as skiers and
leaders. No trip is perfect but the most memorable ones evolve beyond
sport.
All ticket sales are final.
If the Sheridan Arts Foundation is forced to cancel or move this event, you will be eligible for a full refund. 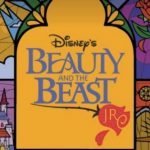