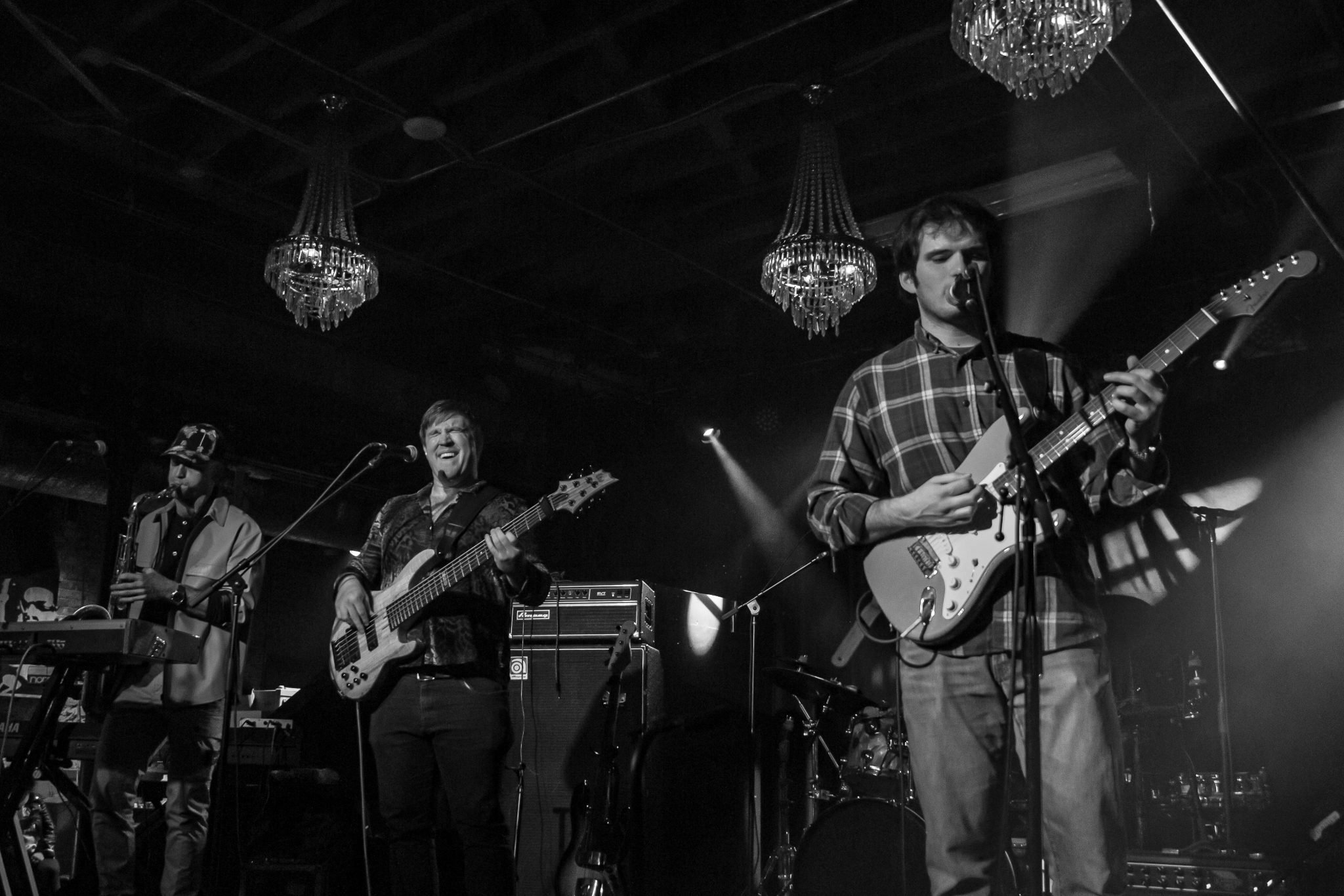 AfterSHOW with Half Maxx

Get ready to dance at the Magic Beans AfterSHOW in the SHOW Bar. Immediately following the main stage performance, the SHOW Bar will host Half Maxx on Saturday, January 21, 2023. Half Maxx came together in December 2021 after many late nights spent jamming at the Dazzle funk jam throughout the previous summer. Featuring Max Palzewicz on tenor sax, keys, and vocals, Max Hass on bass and vocals, Joe Gallo on guitar (and occasional vocals), and Teo Vanovski on drums, the band is half Max, half not…and all funk. The band has made a statement in its 2022 debut year, bringing a mix of jazz fusion, funk, blues, and soul, and getting audiences dancing and singing along at Cervantes Other Side, Your Mom’s House, Globe Hall, and others. Already, the band has opened for Mike Dillon, Garaj Mahal, and Kick the Cat, in addition to supporting a number of like-minded local bands on the Denver scene.