Restoring the historic Sheridan Opera House has been an ongoing goal of the Sheridan Arts Foundation (SAF), and we have made great strides towards preserving this national treasure.

To date, the SAF has spent more than $2.4 million on the restoration process. With start-up funds granted by the Town of Telluride and the Colorado State Historic Fund, the SAF hired specialists in 1999 to create a Preservation Master Plan and Historic Structural Assessment of the Opera House. This Master Plan provided the blueprints for the three phases of restorative work that was to follow.

With a $149,500 grant award from Colorado State Historic Fund and an $82,000 cash match raised to complete the project, the SAF completed Phase One of the restoration, which addressed the Opera House’s most critical safety and preservation issues. This work included the theater ceiling, total repair of the crumbling bricks on the exterior façade, the addition of a firewall above the stage, and other safety improvements.

Lucky to be the recipients of another generous Colorado State Historic Fund Grant for $260,000 and an additional $50,000 grant from the Gates Family Foundation, the SAF tackled Phase Two and completed the project in two short years, fundraising the additional $440,000 required.

Phase Two saw a total re-configuration of the emergency exit staircase in the alley, drainage issues addressed, patching the roof and most notably, the original maple flooring in the theater restored.

Phase Three addressed a myriad of safety and aesthetic improvements to the Opera House, at a cost of over $360,000, which was raised entirely by the SAF. During this phase, a fire sprinkler and alarm system was installed throughout the building, the theater’s seating was enhanced, an air conditioning system installed, woodwork was restored throughout the building, new carpeting was installed, the bathrooms were newly tiled, and numerous improvements were made to our technical and production equipment.

Photos discovered in 2002 detail original stenciling in many areas of the auditorium. Working from those photos, Jeff Greene of EverGreene Painting uncovered some of the original stencils beneath several layers of paint. The SAF quickly decided that the replication of this stenciling was an essential component of the restoration of the Sheridan Opera House.

Many opera houses in the Rocky Mountain region during the early 20th century were decorated in a classical, more traditional style, while the Opera House’s bold stenciling is an edgier, more innovative kind of decoration for that time period.

After many years of research, grant writing and fundraising, the SAF has finally made the historical stencil replication a reality. In fall of 2009, Atmosphere Custom Painting of Buena Vista, CO, gave a bid on the project that could not be ignored. Originally quoted at $ 91,000, ACP quoted a much more reasonable $30,000, yet under the condition that the project be completed in October of the same year. Although hard economic times in 2009 made it seem difficult to pursue this project, this was a rare window of opportunity that the SAF felt could not be ignored.

With generous contributions from many Telluride locals, Joe and Diane Steinberg and the San Miguel County; Phase I of the stencil replication was completed in October 2009. The final Phase II, stenciling of the side and back walls of the main floor as well as the back wall of the balcony, was completed in April 2010. 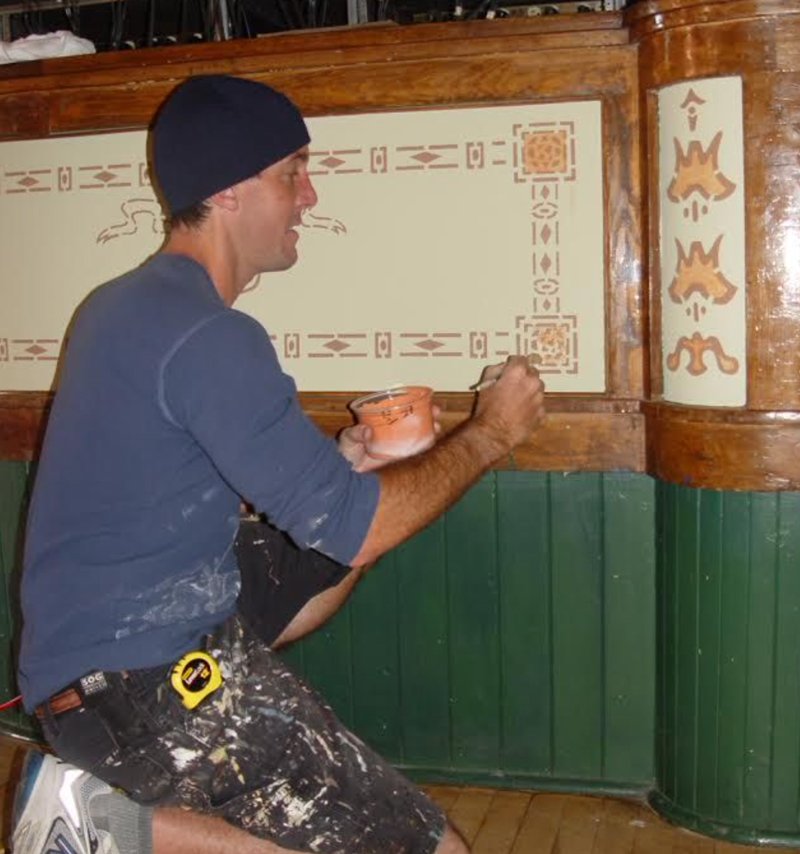 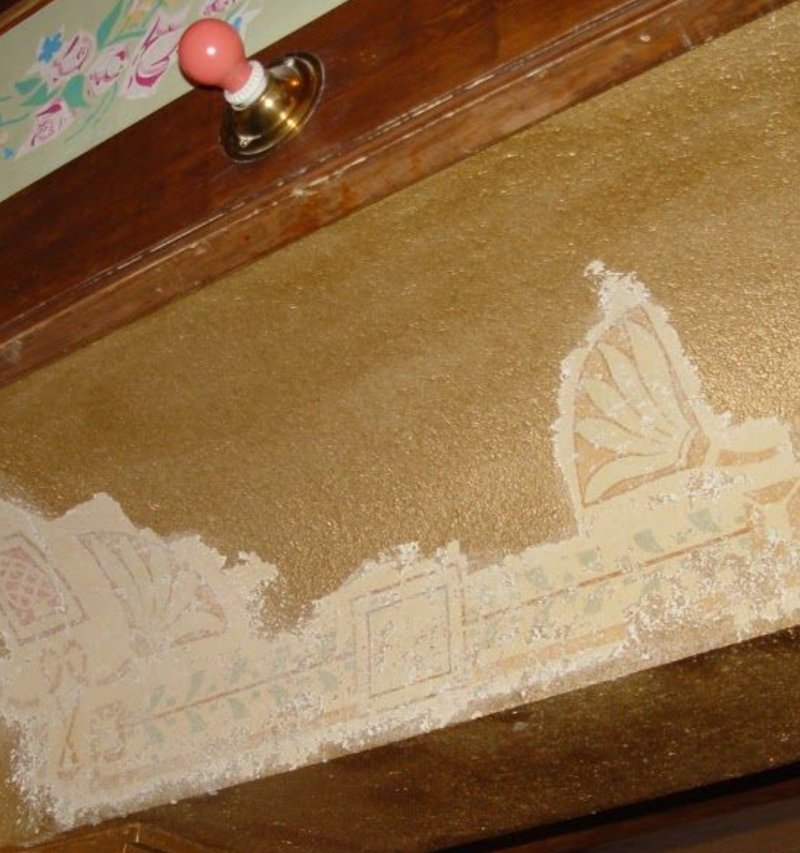 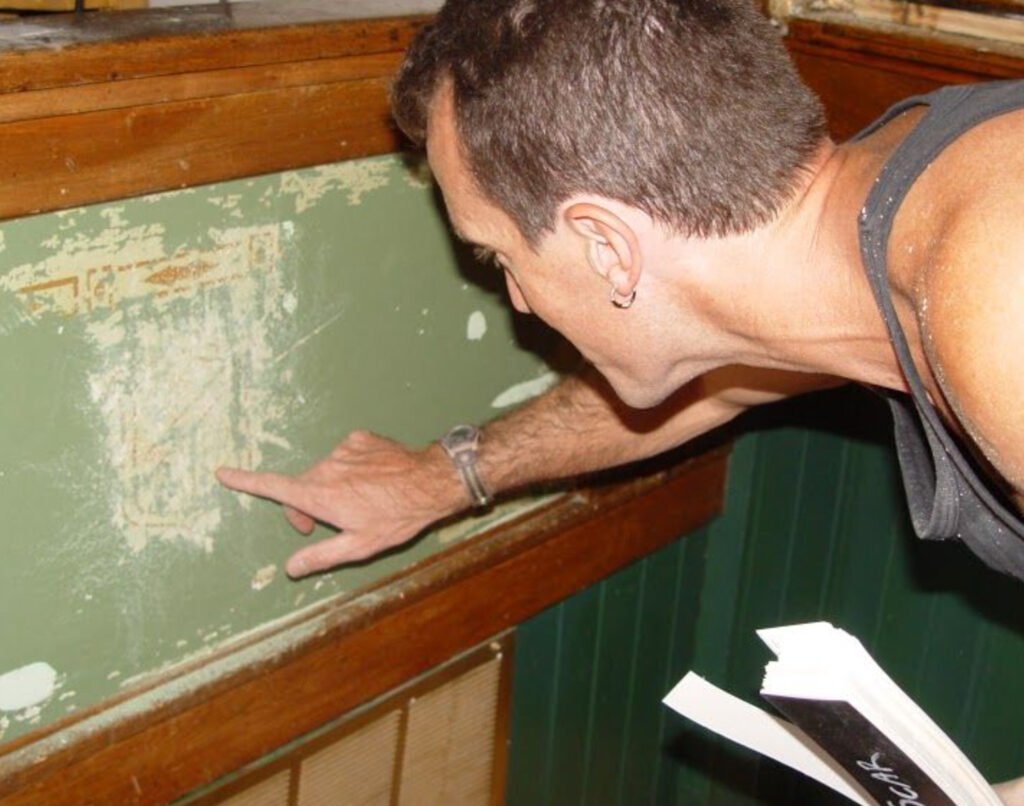 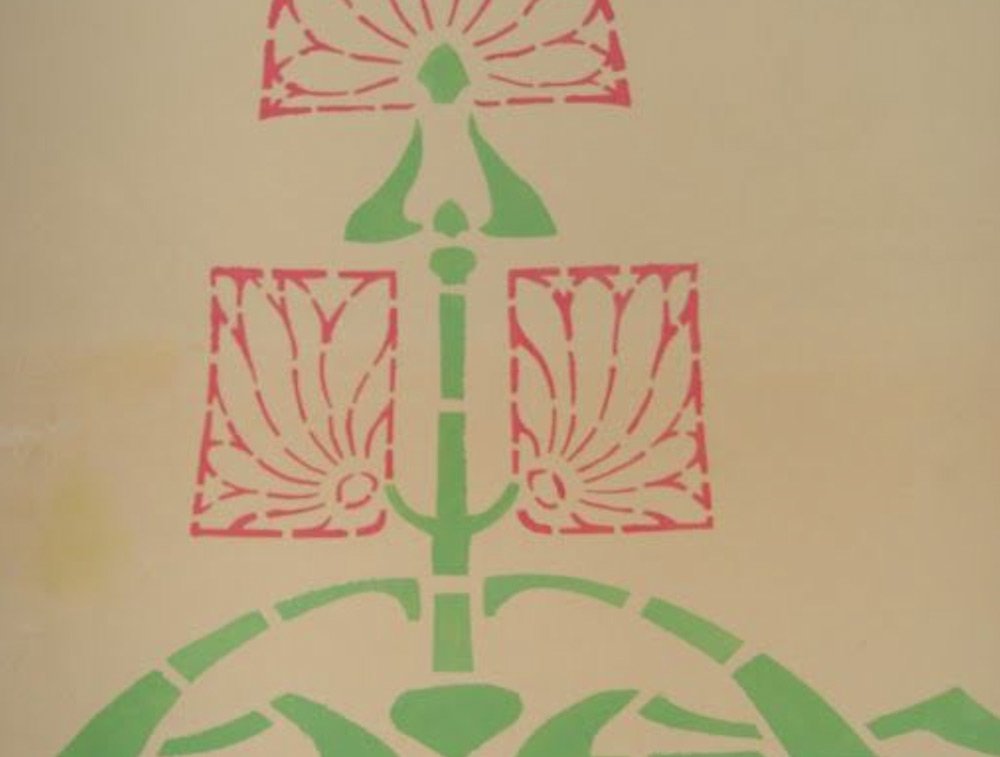 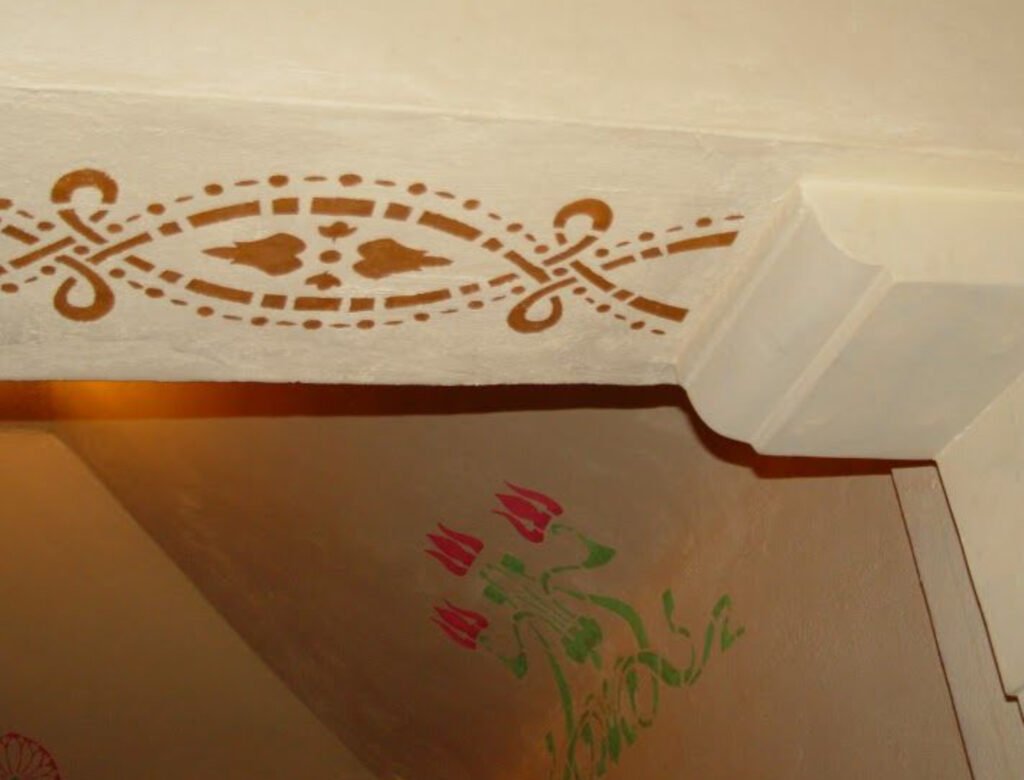 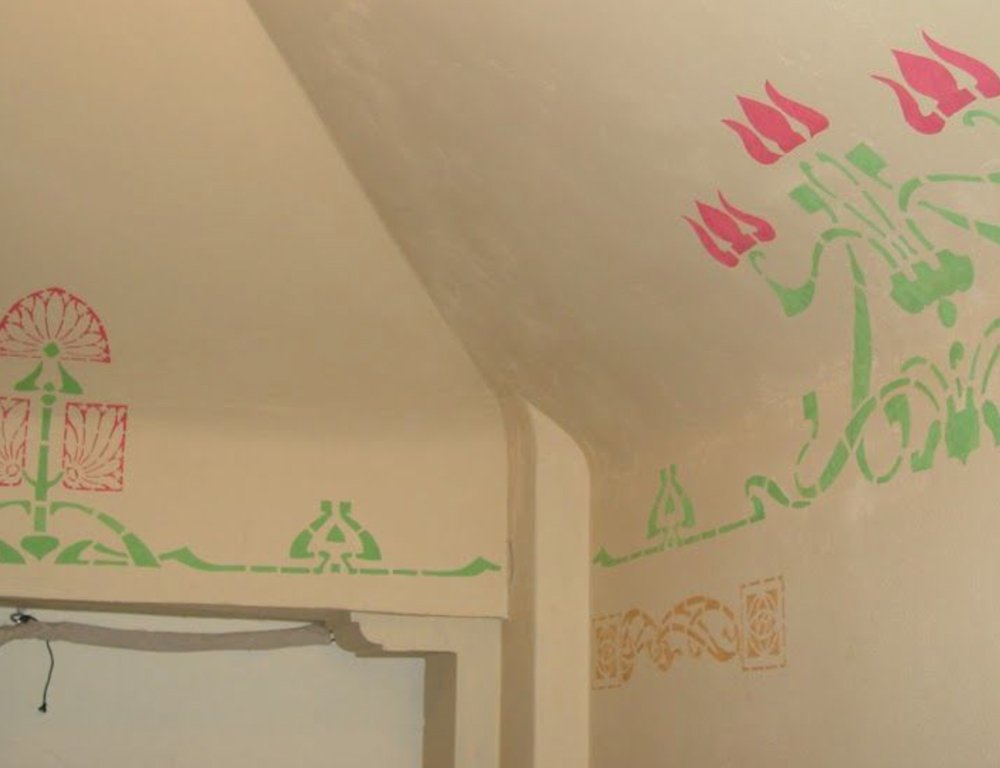 In 2013, the SAF began a $100,000 fundraising campaign to renovate its entryway to replicate what once stood at the entrance to the Sheridan Opera House. The campaign and project was planned to coincide with the Opera House’s 100th birthday celebration. Designed by local historian and architect George Greenbank, the project soared through Telluride’s HARC process, and funds were raised with the help of private donations and foundations. Major donors include the Glades Foundation, Frank Marshall & Kathleen Kennedy, Scott & Carol Swank, Jim & Mary Gallagher, the Boettcher Foundation and the Telluride Film Festival, which held a silent movie night that benefitted the project.

The entryway was constructed and completed in the fall of 2013 and now offers a better identity of the SOH from the street as well as an airlock between the outside of the building and the lobby.

In May 2017, the SAF needed to finally replace the 20+ year old roof despite routine patching and maintenance and reinforce the upper trusses of the balcony. The El Pomar Foundation awarded the SAF a $10,000 capital grant, and the remaining cost of $60,000 was raised through donations from community members in less than four weeks. As work was completed, we recognized that the lower trusses of the balcony also needed to be reinforced. The final phase of the lower truss reinforcement was completed in November 2018.

The Sheridan Arts Foundation launched a $100,000 seat fundraising campaign in December 2018 after the 70+ year old theater seats began falling apart despite routine care and maintenance. By March 2019, the $99,656 had been raised thanks to the overwhelming generosity of the community. An additional $30,000 was spent on new carpet when the existing threadbare green carpet would have to be removed in many areas anyway during the seat replacement process. The appropriately named ‘Sheridan’ carpet pattern is navy with maroon and gold medallions and coordinates with the early 1900s aesthetic of the building.

Restoration efforts are continuous and ongoing. Help us care for this 108-year-old landmark through your donation to our historical renovations fund. We hope to have this beautiful building around for centuries to come.